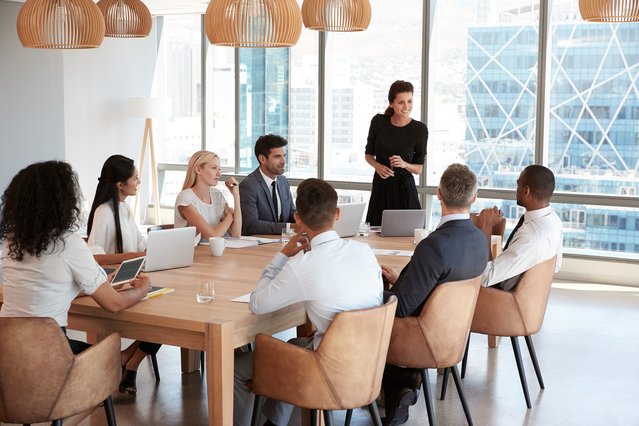 KETTLER President and Chief Operating Officer Usha Chaudhary has been named one of Washington’s Women Who Mean Business 2016 by the Washington Business Journal.

“We couldn’t be more proud of Usha, who demonstrates every day why she is one of the region’s top business leaders,” said Robert C. Kettler, founder, Chairman and Chief Executive Office of KETTLER. “Her extensive background in business and finance brings fresh perspective to our expanding organization. Usha’s expertise in managing and implementing the strategic vision of top-tier national companies like Freddie Mac, The Washington Post and the Pew Charitable Trust will help us grow in a way that remains consistent with best management practices, KETTLER's core values and the standard of excellence we have established over the last 30 years.”

Since joining KETTLER in February 2016, Chaudhary has quickly made an impact overseeing the company as it has embarked on a strategic growth strategy and has rapidly expanded in key markets along the East Coast and southern United States.

“It is a privilege to be regarded among the top business leaders and professionals in the Washington region,” Chaudhary said. “The Business Journal’s honor speaks volumes of the hard work, dedication and talent of our KETTLER team. KETTLER is one of the most dynamic real estate development companies in the country and I am proud of what we have accomplished since the year began.”

KETTLER and KETTLER Management are owners, operators, and developers of apartments, condominiums, and mixed-use projects in the Washington, D.C. metropolitan area and throughout the mid-Atlantic region. Headquartered in Tysons, VA, the company has developed over 20,000 multifamily units, 5 million square feet of commercial space, more than 46,000 homes in 25 master-planned communities and many of the region’s premier mixed-use communities. KETTLER Management successfully manages 30,000+ apartments for KETTLER and 3rd party clients from New York to South Carolina and Texas and offers a full range of services to corporate and institutional real estate owners. For more information, visit www.KETTLER.com.