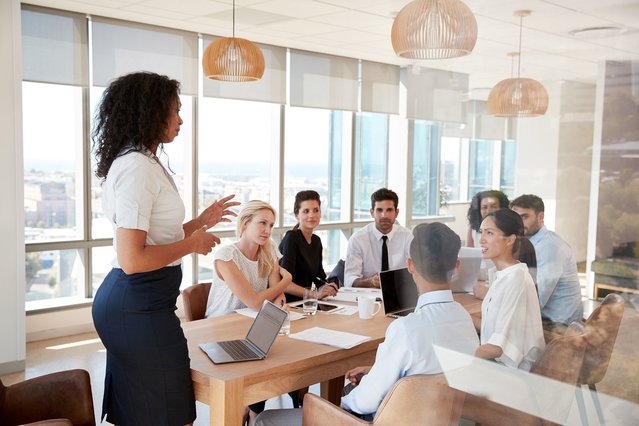 KETTLER, one of greater Washington, D.C.’s leading real estate development and property management companies, announced today that it has hired Usha Chaudhary to serve as President and Chief Operating Officer.

“We are thrilled to have Usha join the KETTLER team,” said Robert C. Kettler, founder, Chairman and Chief Executive Officer of KETTLER. “Usha has an unmatched track record of leading and transforming iconic enterprises like Freddie Mac and The Washington Post. She joins us at a time when KETTLER is growing rapidly, having tripled both our development pipeline and apartments under management over the last five years, as well as expanding geographically up and down the Eastern seaboard and into Texas. Usha’s proven expertise in managing the organizational structure and implementing the strategic vision of top-tier national companies during periods of transformation will help us continue and accelerate our growth in a way that remains consistent with best management practices, KETTLER's core values and the standard of excellence we have established over the last thirty years.”

Chaudhary will report directly to Robert C. Kettler and will provide oversight of all company divisions. Chaudhary will start her new position in mid-February.

“I am excited to be joining KETTLER, a company with a long and rich history as one of the pre-eminent development and management companies in the greater Washington, D.C. area and beyond. I look forward to working with Bob and the executive team to build on KETTLER's growth while maintaining the culture and practices that have led to the company’s success,” said Chaudhary.

Prior to her tenure at The Pew Charitable Trusts, Chaudhary served as Vice President, Finance and Administration and Chief Financial Officer with The Washington Post where she oversaw accounting, finance, treasury, strategy, real estate administration and security. She also worked at United Way of America as Executive Vice President and Chief Financial Officer, and previous to that, spent nearly 19 years with Freddie Mac in a variety of management positions, including Vice President, Operations and Risk Management in the Investments and Capital Markets Division..

“Cindy, Asheel and Andy have been crucial in the success and rapid growth we have experienced,” Kettler said. “By realigning the company, they now have the ability to dedicate their full attention to managing and growing their respective businesses. We are confident about the future with these talented and experienced individuals running our divisions.”

KETTLER, which is one of the fastest growing privately held companies in the Washington area, is seizing opportunities to expand its business, both in the Washington region and beyond. In the last three months alone, KETTLER Management has added nearly 3,000 luxury apartment units in North Carolina, South Carolina and Texas, bringing its total portfolio to nearly 33,000 units.

KETTLER's current multifamily pipeline consists of nearly 3,000 units either under construction or development, and a land development pipeline of 2,000 lots in Washington, D.C., Virginia and Maryland.

“This is an exciting time for KETTLER, its employees and our partners. With Cindy, Asheel and Andy running our business groups, Usha managing the overall business operations of the company, and talented and experienced individuals at all levels, I feel we are poised for a new level of success,” added Kettler.

Upcoming KETTLER mixed-use projects include a partnership with The Meridian Group to develop “The Boro,” a 3.7 million square foot mixed-use block anchored by Whole Foods in Tysons, Metropolitan at Rockville Town Center, Phase 2 of their successful Metropolitan Downtown Columbia and the redevelopment of more than 1,000,000 square feet of mixed-use space on five acres at Union Market.

KETTLER and KETTLER Management are owners, operators, and developers of apartments, condominiums, and mixed-use projects in the Washington, D.C. metropolitan area and throughout the mid-Atlantic region. Headquartered in Tysons, VA, the company has developed nearly 24,000 multifamily units, 5 million square feet of commercial space, more than 46,000 homes in 25 master-planned communities and many of the region’s premier mixed-use communities. KETTLER Management successfully manages over 30,000 apartments for KETTLER and 3rd party clients from New York to the Carolinas and Texas and offers a full range of services to corporate and institutional real estate owners. For more information, visit www.KETTLER.com.