KETTLER Builds for the Future, Expands Talent Pool with New CIO and CMO 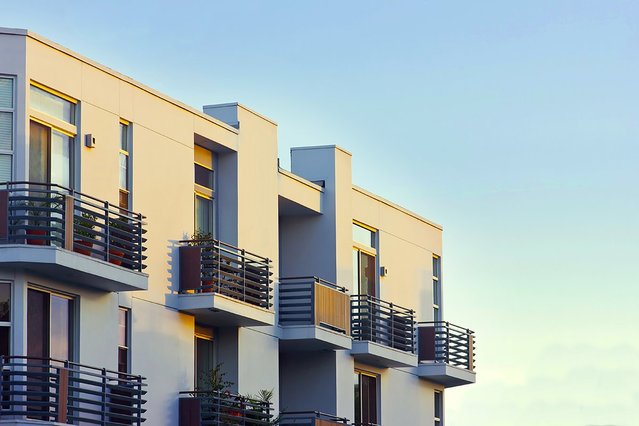 “Phil’s skills and experience are exceptional,” said Robert C. Kettler, KETTLER’S founder and CEO. “To find someone who combines those skills with an in-depth knowledge of real estate, an entrepreneurial spirit and an empathetic nature is extraordinary.”

Redmond, who lives in Bethesda, joined KETTLER on Jan. 22.

Smith, who became KETTLER’s Chief Marketing Officer this year, is a seasoned professional with 17 years of multifamily marketing experience. He joins KETTLER after serving as national director of marketing for one of the largest property management firms in the U.S. Earlier, Smith directed regional operations for several well-known multifamily companies in the mid-Atlantic and northeast. He is known for his innovative strategies, brand management and next-generation marketing.

Smith received a masters’ degree in journalism from the University of Wisconsin before moving to Washington, D.C., where he now lives. Prior to entering the multifamily market, Smith worked in Public Television for 10 years in broadcast operations and station relations for Public Broadcasting Service (PBS) in Alexandria, Va., WETA-TV, Washington, D.C., and Wisconsin Public Television, Madison, Wis.

“Daryl is joining us at an exciting and crucial time of growth. It is vital to have someone with his capabilities and range of experience to make sure that the message we present to the world reflects the quality of our properties and our commitment to innovation,” Kettler said.

Since its start in Tysons, VA, in 1977, KETTLER has grown into a regional powerhouse that owns and manages residential and mixed-use projects throughout the mid-Atlantic and select locations in the south, including Texas, Florida and the Carolinas. In the Washington, D.C. region, it recently opened Reed Row luxury apartments in Adams Morgan neighborhood, Element 28 Apartments in Bethesda (which took top honors in the Design and Architecture, Multifamily Boutique Construction category at the 2017 Great American Living Awards), the Highgate in Tysons, and TENm.flats Downtown Columbia.

KETTLER and KETTLER Management are owners, operators and developers of apartments, condominiums and mixed-use projects in the Washington, D.C. metropolitan area and throughout the Mid-Atlantic region. Headquartered in McLean, VA, the company has developed over 20,000 multifamily units, 5 million square feet of commercial space, more than 46,000 homes in 25 master-planned communities, and many of the region’s premier mixed-use communities. KETTLER Management successfully manages 30,000+ apartments for KETTLER and 3rd-party clients in the Northeast, Mid-Atlantic, Southeast and Texas, and offers a full range of services to corporate and institutional real estate owners. "