KETTLER Breaks Ground On Brentford at the Mile in Tysons 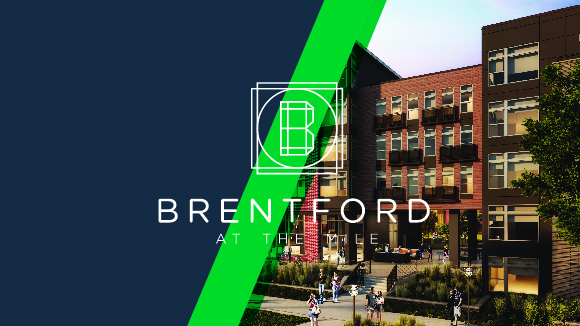 MCLEAN, Va., October 27, 2020 -- KETTLER, a leading Real Estate Services company, announced today that it has broken ground on Brentford at the Mile luxury apartments in Northern Virginia. Brentford at The Mile marks the second phase of development at “The Mile”, a 45-acre transformational mixed-use project located in Tysons.. KETTLER’s partner in the Brentford at the Mile project is PS Business Parks, L.P., a publicly-traded real estate company specializing in acquiring, developing, owning, and operating commercial properties.

Brentford, a 411 unit mid-rise apartment community, is designed to serve the residential commuter by offering well-appointed homes within walking distance of major employers, world-class shopping, restaurants, and entertainment. These apartments will offer stylish, nature-inspired floor plans, with highly amenitized interior spaces and larger units such as 3 bedroom apartments and 2-story townhomes. The apartment community will be located conveniently near sister property, Highgate at the Mile, also developed by KETTLER. The first units are expected to deliver in the Spring of 2022.

“As a business operator in Tysons, our company has felt the positive impact that redevelopments have had on our community,” said Cynthia Fisher, President of KETTLER. “We’re thrilled to be leading this transformational project in partnership with PS Business Parks as we begin construction on Brentford at The Mile.”

The Mile will include a unique natural environment within the 10 acres of green space surrounding Brentford and Highgate at The Mile. With the area’s first publicly accessible Dog Park already constructed and future plans for a Signature Park, residents of The Mile will feel the ease of suburban living, just minutes from the “Bustling Boro” and Tysons Corner Center.

KETTLER has spearheaded other projects in Tysons, including VITA Tysons Corner, a 30-story luxury apartment tower that opened in May 2015. More recently, KETTLER partnered with The Meridian Group to develop Verse Condominiums, Rise and Bolden Apartments, and 229,000 square feet of retail space in The Boro, a 3.7 million square foot project in the heart of Tysons Corner which opened in the Fall of 2019.

The contractor for the development is CBG, based in Arlington, VA. The architect, landscape architect, and interior designer for the project is Design Collective. The civil engineer is VIKA.

About KETTLER KETTLER is an award-winning, multifamily developer, real estate investment, and property management company. Founded in 1977, the company has developed over 25,000 multifamily units, 5 million square feet of commercial space, more than 71,000 homes in 25 master-planned communities, and many of the D.C. region’s premier mixed-use communities. Headquartered in McLean, Va., the company manages approximately 20,000 apartments in the Northeast, Mid-Atlantic, and Southeast regions. For more information, visit www.kettler.com.

About PS Business Parks, L.P. PS Business Parks, L.P., a member of the S&P MidCap 400, is a REIT that acquires, develops, owns, and operates commercial properties, primarily multi-tenant industrial, flex, and office space. As of September 30, 2020, the Company wholly owned 27.5 million rentable square feet with approximately 5,000 commercial customers in six states. The Company also held a 95.0% interest in a 395-unit apartment complex and a 98.2% interest in the development of a 411-unit multifamily apartment complex.