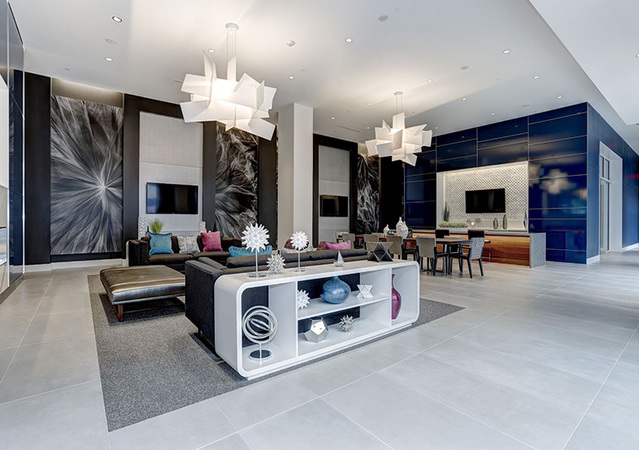 The new community is located adjacent to The Metropolitan Downtown Columbia, a 380-unit dynamic community developed by the partnership, which opened in late 2014.

""TEN.M and m.flats redefine luxury apartment living in Downtown Columbia,"" said Robert C. Kettler, Chairman and CEO of KETTLER. ""Not only are the amenities beyond anyone's expectation, but the apartments become a focal point for people to gather and have fun. We are excited that they will continue to make Columbia an even more exciting and desirable place to live.”

TEN.M offers one, two and three-bedroom apartment homes modeled with the refined design elements of a boutique hotel featuring chef-caliber kitchens with gas cooking, quartz countertops, Kaindl wood plank-style flooring along with walk-in closets and private terraces in select units. Amenities include an inviting resident lounge with seating areas and an entertainment kitchen, a swimming pool, and a lush courtyard with outdoor dining areas, grilling stations and an outdoor TV.

m.flats offers a selection of predominantly studio and one-bedroom apartment homes, striking kitchens with spacious kitchen islands, pendant lighting and stainless steel appliances. Residents of m.flats also enjoy a robust amenity package including a sports bar, outfitted with ample televisions providing a variety of viewing options and a multisport simulator where residents can enjoy golf, hockey and carnival games. Additionally, residents have access to a 24-hour fitness center, an indoor basketball court and resort-style pool with hammocks and lounge areas.

“With TEN.M and m.flats opening this fall, we are excited to be able to further introduce the region to the new mixed-use vision for Downtown Columbia that increases connectivity and sustainability in both the spatial and social sense,” said John DeWolf, Executive Vice President, The Howard Hughes Corporation. “From the robust and active amenity offerings to the sustainable design touches, and convenient retail space, these two new apartment communities are incredibly unique to the market. This is one of the first of many exciting additions aimed at fulfilling the original vision for this area of marrying the best of the suburbs with the best urban environment to create a vibrant downtown.”

One of the first master planned communities in the U.S., Columbia, MD, was founded by legendary developer James W. Rouse in 1967. Comprised of 14,000 acres, it includes ten primarily residential villages. The 400-acre underdeveloped core of Columbia became the subject of an extensive five-year process that culminated with the passage by the Howard County government of the Downtown Columbia Plan in 2010, a guide to creating a vital area “in which residents can live, shop, work, entertain, exercise, and enjoy cultural opportunities in an enriched natural setting.”

KETTLER and KETTLER Management are owners, operators, and developers of apartments, condominiums, and mixed-use projects in the Washington, D.C. metropolitan area and throughout the mid-Atlantic region. Headquartered in McLean, VA, the company has developed nearly 20,000 multifamily units, 5 million square feet of commercial space, more than 46,000 homes in 25 master-planned communities and many of the region’s premier mixed-use communities. KETTLER Management successfully manages 30,000+ apartments for KETTLER and 3rd party clients from Connecticut to South Carolina and Texas and offers a full range of services to corporate and institutional real estate owners.

About The Howard Hughes Corporation®